last night at bi-annual contemporary art platform Remap’s opening night: Hope’s performance and amazing art pieces,some interesting art and some not so interesting, statement jewelry, all in and around ruined old houses at midtown athens.

yesterday i was talking with Filep about Saskia de Brauw, the girl that walked at the Givenchy ss2011 catwalk (and Balenciaga, and Matthew Williamson and so on and so forth) that we had the chance to meet at the after show party. Actually we spent the whole night together talking and dancing and taking pictures and i had the most amazing time, as i’ve told you before.

the news is that Saskia is the new face of Givenchy summer campaign and she looks s t u n n i n g. i love her masculine athletic body and her special face. but what is more wonderful about her is her mind and personality. Saskia left her career in modeling when she was 16 to study art and now, after finishing her studies and running her workshop in Amsterdam, made a come back to fashion.

don’t they say that only models with strong personality become top models? Saskia is one of a kind.

In her own words: “in my work i explore the relationship between the physical body and the space in which the body moves around. Our relationship with space is both physical and mental. I observe how people move in various situations and note what effect spaces have on our feelings.

i use the body (often my own) to leave behind atrace, this trace being evidence of the presence of a person at a certain point in time and space. in my work these traces show how a particular space can be experienced. traces of movement often take on the form of repeated visual patterns.

my work is always twofold: on the one hand there is a physical action and on the other a visual ‘residue’ which remains after the carrying out of that action.  This ‘residue’ can take many forms, for example a photo, a video-animation, painted lines on the street. both aspects are equally important for the creation of the work. “

you can take a taste of Saskia’s work at her official web-site . she also runs a very interested blog.

i shamelessly snatched those from my cool friend on the other side of the world, where it’s spring and bloomy

Céleste Boursier–Mougenot creates works by drawing on the rhythms of daily life to produce sound in unexpected ways. i instantly fell in love with him when i saw the video of his installation at London’s Barbican centre. 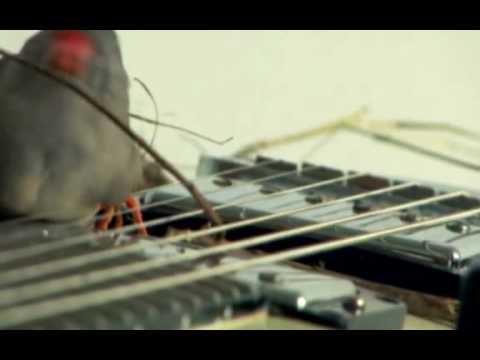 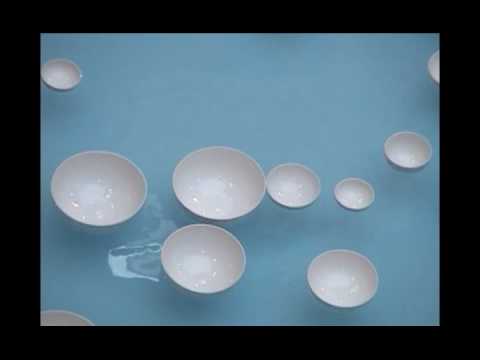 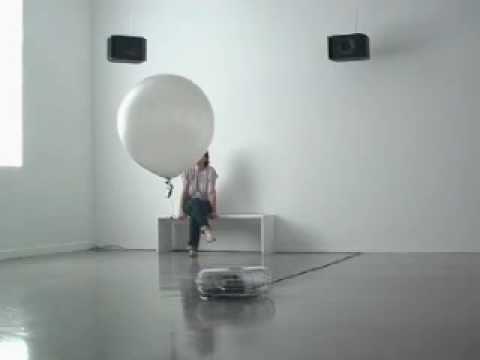 yesterday i had the chance to meet Jim Shaw for his portrait for Vogue Hellas, regarding his exhibition “New Works” at Bernier/Eliades gallery. Loved his work. As the artist said, all those works in the exhibition derive from a single dream he had a couple of years ago:

“i was working on these shaped canvases and sculptures that had printed blowups of appliances and added elements such as expressionist drips, shirtless guys in pain, cartoon and Fauvist chickens, and cartoon elements [..] My LA dealer came in and said he wanted them all and i said no. There were elements of Bacon and the shirtless men referenced the Netter CIBA-Geigy medical illustrations and probably Longo. The shaped seemed to refer to the object on the cover of Led Zeppelin’s ‘Presence’. The Baileys had tried to get a group to buy their mansion, which was now on an island in the middle of the street in Danna Ruscha’s old neighborhood. Mike had also done a series of quick sketches for things like ‘repressed school memories game’ and an issue of Nat’l Geographic with an article on Nazism in rock”

my job upon waking was to figure out as best i could what the meanings and associations of the objects and images were.

Jim Shaw (b.1952 in Michigan USA) belongs to the generation of american artists that have shaped the cultural west coast of USA during the late 80’s till today. His work is interwoven with american pop culture elements that alternate in a structural context of narrative themes.  He is a conceptual artist known for playing cut & paste with styles ranging from minimalism to monster magazine  illustration, through several multipart, quasi-narrative projects.

The exhibition at  Bernier/Eliades Gallery will last until November 18th 2010.

with its arches and twin clock towers it’s made clear that Hamburger Bahnhof used to be a train station. now the museum of modern art in Berlin  has a collection that consists mainly of 20th century art pieces, of contemporary artists such as Andy Warhol and Paul McCarthy. Furthermore, i don’t think i’ve ever seen more weird titles of artworks gathered together before. Well, maybe at Dakis Joannou’s “Monument to now”.