Current exhibition “The artist & the practice” at Vamiali’s Gallery and the Vamiali sisters (Dimitra and Sophia) fully bejeweled with Sophia’s latest designs. 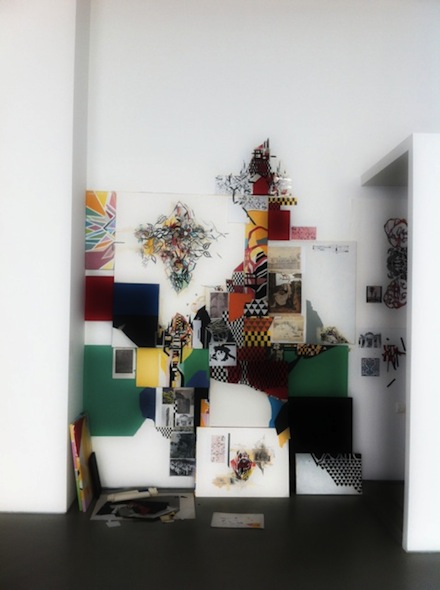 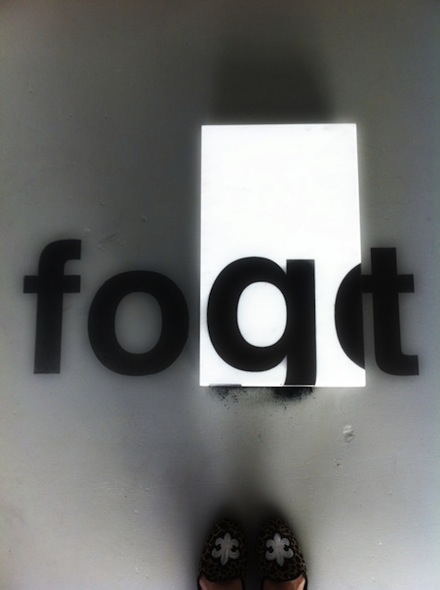 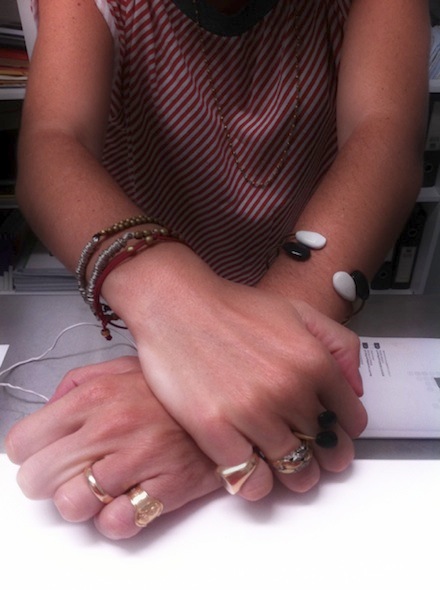 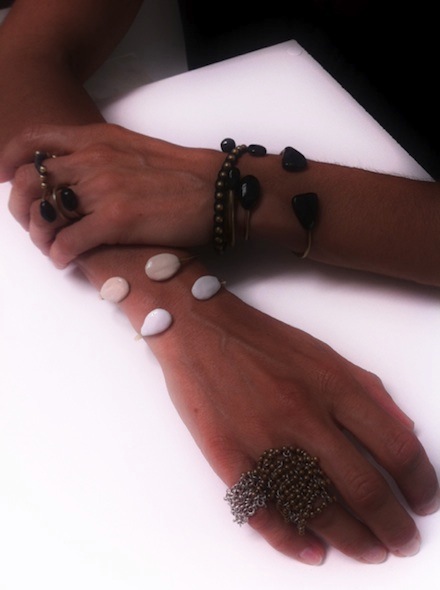 Jeweller Elena Syraka draws inspiration from the permanent collection of the Benaki Museum of Islamic Art in downtown Athens and presents “Nour”, a special collection of jewels of excellent technique and beauty, made of gold and precious stones. A wonderful exhibition in total, since each piece is displayed next to the object of the Museum’s collection that inspired it and you get to double enjoy it

Exhibition ends on the 22nd of April

if you’re one of those in love with craftsmanship and hand made jewels, well it’s your moment to shine: Maria Mastori studio organizes a three-day seminar on the 20-21-22 of January, for anyone who wants to be teached from a specialist.

Get your head straight and pay attention:  50% discount to all the fall/winter jewelry collection of Maria Mastori, starting this Monday, from 11 to 17.00 pm, at her atelier.  i went over to see the treasures myself and get me a little something.

A worth-waiting and bit delayed birthday present that made me sigh.

The Scarab and Isis wing necklace by -one of my very favorite jewelers- Zoe & Morgan, inspired by ancient symbols and with a hand-carved Lapis Lazuli stone in the middle,

“The octagonal motif evokes Place Vandome and the famous No.5 Stopper, touching the skin like a perfumed caress”.

Chanel presents the ‘Premiere Onyx’ jewelry collection in a wonderful box with pictures of all the precious items printed in cart-postals  accompanied with Chanel stamps (!), that once again evoke me the desire to find pen-friends.

Exclusive one-off pieces, limited series, creation in design, jewellery and fashion… A three-part editorial line launched by Galerie BSL which opened to the public in the Marais on May 7th, at 23 rue Charlot, Paris 3rd.

Founded by Béatrice Saint-Laurent, this is a place that aims at making over the codes of the genre. The on-site architecture by Noé Duchaufour-Lawrance breaks with the international white cube standard for art galleries – a model that may suit contemporary artworks but does not cover the needs of a design gallery. Noé has re-shuffled conventional object display codes by proposing a white Corian spiral scanned by sequences, a sculpture extrapolated to architectural scale.

This structure becomes the founding statement in the gallery’s space: an object for displaying other objects. As the designer himself says: ‘It’s a straight-up piece that accentuates interior perspectives, but which can also be as neutral as a white sheet‘.
A shell that is showcase and cocoon, built to enhance the most advanced design projects of today and other rare pieces or exclusive commissions: 20th c. lighting, contemporary and vintage jewellery, fashion creations.

The aim is to effect a radical tearing down of the borders that separate modes of expression and periods, which Béatrice Saint-Laurent hopes will lead to any number of exchanges. Cross-overs, influences, correspondences – a source of transversal readings and discoveries.

The other good news is the collaboration of a greek designer with BSL Gallery! Lito Karakostanoglou, executive designer of “Cabinet des Curiosites”, is showing pieces of her beautiful Peacock collection and many more, in the heart of Paris.